Quebrada Entertainment, founded by Mexican-born actress Ana Alicia Ortiz, is a scripted and unscripted television and film production company which focuses on the development of human stories that probe deeply, and sometimes uncomfortably into the areas of identity, normalcy, reality and freedom.

Quebrada thrives on its unique business model based on our founder’s mission to mentor young diverse artists, always putting resources behind the development of creators and content rather than on infrastructure.

We are committed to growing the role of women and Latinos in our industry, as well as sending the elevator back down.

creatives we work with

Mexican-born actor/producer, Ana Alicia is best known for her lead role as Melissa on CBS’s Falcon Crest for which she won both the Nosotros Award and the Cesar Award for her dramatic performance and professional success as a Latina actress.

She currently heads her production company, Quebrada Entertainment working closely with her development team to create content that resonates with a culturally and demographically diverse audience, while also, focusing on her mission to mentor young artists.

Since November 2018, Ana Alicia has been the Executive Producer on “New Gold”, a documentary  depicting Venezuela’s political, economic, and humanitarian crises through the eyes of everyday Venezuelans and experts across the globe, while at the same time bringing us into the world of cryptocurrency in a very personal way, and asking the question: “Could it Happen Here?”

Amanda is a writer, director and producer who has worked with prominent entertainment companies including; CBS, NBC, and Universal Pictures among many others. While working as a Writer’s Assistant on NBC’s The Black Donnelly’s, she was given the opportunity to write two episodes during the first season. As a screenwriter, Amanda has had two feature films produced and currently has three features in pre-production.

She’s always stayed true to her passion for Theater, writing and producing numerous one act plays in New York and Los Angeles, most recently directing her one hour play “Where the Numbers End: A Hell’s Kitchen Love Tragedy” which received rave reviews from Broadway World. Before that, she directed the Los Angeles production of William Hoffman’s “Cal in Camo” which went on to a critically acclaimed Off Broadway run at New York’s Rattlestick theater.

In the last year she’s directed three short films, “Caroline” (based on a character in her play “Where the Numbers End”), “First Kill” a female driven crime caper, and “Lollipop” a look into a day in the life of a serial liar. Amanda resides in New York where she is a current and active member of The Actor’s Studio Playwrights and Directors Workshop (NYC).

Heather Petrigala started her career as an NBC Page in Los Angeles. From there, she worked in the TV Department at Brillstein-Grey Entertainment, where she helped develop shows that aired on various broadcast and cable networks. For 3 years, she was a Producer on the NBC show COMMUNITY, which she also helped develop. She worked as the Head of Television at Ruben Fleischer’s production company, based at 20th Century Fox from 2012-2014. She is now enjoying consulting for Quebrada while also being a mom.

Heather Spiegel serves as the Manager of Development for Quebrada Entertainment. She graduated from Dartmouth College, where she earned a degree with High Honors in Creative Writing and won the Grimes Writing Prize in Fiction for her senior thesis. She has created, written, and developed several pilots, as well as works-for-hire. Heather’s feature script “Kill Me Tomorrow” was a Quarterfinalist in the prestigious Nicholl Fellowship competition administered by the Academy of Motion Picture Arts and Sciences.

Cathryn received her BFA in Acting from Carnegie Mellon’s School of Drama where she also studied script analysis, dramaturgy, and the business of the entertainment industry. During her time there, Cathryn was awarded Excellence in Ensemble Acting from the Kennedy Center. While guest starring on various television shows such as “Law and Order: SVU,” “Grey’s Anatomy,” and “Ray Donovan”, Cathryn also studied screenwriting with Ligiah Villalobos. Last year, Cathryn shot a pilot for Fox 21, and this year she has starred in three independent feature films scheduled for release in early 2020. While helping develop young writers at Quebrada, Cathryn is also busy writing her own half hour pilot.

Writer Raymond Arturo Perez (@byraymondarturo) is a 2019 American Film Institute (AFI) Screenwriting MFA graduate. He received his BBA in Marketing and BS in Radio-Television-Film from The University of Texas at Austin in 2014. He recently wrote for Selena: The Series on Netflix as a staff writer. As a writer, he aims to broaden the film and television canon with stories of queer people, Latinxs, and other underrepresented communities. When he’s not writing at his kitchen table, he is on the dance floor getting down to salsa, bachata, merengue, cumbias, or reggaeton.

Blaine Morris, an actress, director, and writer received her BA from Columbia University in Film Studies Magna Cum Laude, and is currently pursuing her MFA in directing/writing as a USC George Lucas scholar. While at Columbia, Blaine participated in the MFA TV writing intensive and was chosen to pitch her original television series at NBCUniversal’s and National Hispanic Foundation of the Arts’ PitchNy. She has interned in both the development and IP departments of Assemble Media and Quebrada Entertainment, and is a three time scholarship recipient to the NALIP Emerging Content Creator workshop. Besides acting in television shows such as MTV “Skins”, “Master of None”, and “The Following”, Blaine has acted, directed, produced, and written several short films that are currently showing at film festivals.

Jonathon has worked extensively with screen storytellers from diverse backgrounds in Africa, Australia and the United States. After working as a film critic for Time Out, Jonathon was Development Executive at Out of Africa Entertainment. He holds post-graduate degrees in screenwriting (VCA), producing and script editing (AFTRS). Jonathon’s passionate about helping screen storytellers shape marketable stories that grab audiences’ hearts. Alongside his work with Quebrada, Jonathon currently a script analyst for Icon Distribution and Coverfly.

In 1995 Carlos started his career behind the camera and started to produce documentary films and Television shows for the Discovery Channel. He went on to produce big reality hits such as “Extreme Make Over Home Edition” (ABC), The Cut (CBS), The Complex (FOX) and Amazing Race (CBS). In 2006 Carlos Ortiz joined the team at Actual Reality pictures, best known for their award winning documentaries and films. While there, he Executive Produced over 138 half hours and 4 one hour specials of content for The Learning Channel, sold 2 original series for the Discovery Networks, and Directed and produced pilots for multiple networks.

Since his departure from Actual Reality, Carlos broadened his branded content experience by producing 2 very successful projects for RSA films (Ridley and Tony Scott). There he Executive Produced a branded series for Gatorade, and a 3 season project for the multi Billion Dollar Franchise, Call of Duty entitled “Friday Night Fights”. He also Executive Produced “The Genealogy Roadshow” for PBS. Carlos has been staying busy Developing, Producing and Directing content for The Travel Channel, Discovery Channel, Sundance Channel, Animal Planet, A&E, E, and many more.

Michael Ortiz-Benz is a writer/developer/director based in Chicago, Illinois. Having worked with the LA-based production company, Quebrada Entertainment, as a key Developer since 2015, Michael is now transitioning into his first Directorial role for the Documentary, “New Gold”, which he created and is spearheading. New Gold tells the story of Venezuela’s political, economic, and humanitarian crises through the eyes of everyday Venezuelans and experts across the globe, while at the same time bringing us into the world of cryptocurrency in a very personal way, and asking the question: “Could it Happen Here?”

Paula Castro is a Colombian filmmaker and documentarian. She was previously nominated for a Student Emmy and worked on Chilcott’s (Producer “An Inconvenient Truth”) feature documentary, Watson (2019). She’s currently the 2019 NALIP Media Summit Coordinator, the largest annual gathering of Latinx in media nationwide.

Dana is a multi-award award-winning marketing specialist with 25 years of television experience.  She utilizes her diverse background (consumer, affiliate, corporate communications, and operations) to bring people of all experiences together to accomplish never before done advertising, stunts, promos and events. Dana has held management-level positions at USA Network, Syfy and truTV and is currently the executive marketing consultant at Quebrada Entertainment.

Evelyn graduated in 2017 from the University of California, Irvine with a B.A. in Film & Media Studies. She previously worked as a Communication’s Associate for NALIP, (The National Association of Independent Producers) where she supported their programming as well as the Latino Media Fest & the Diverse Women in Media Forum. Currently she supports Quebrada Entertainment in her role as Executive Assistant to company president, Ana Alicia Ortiz. 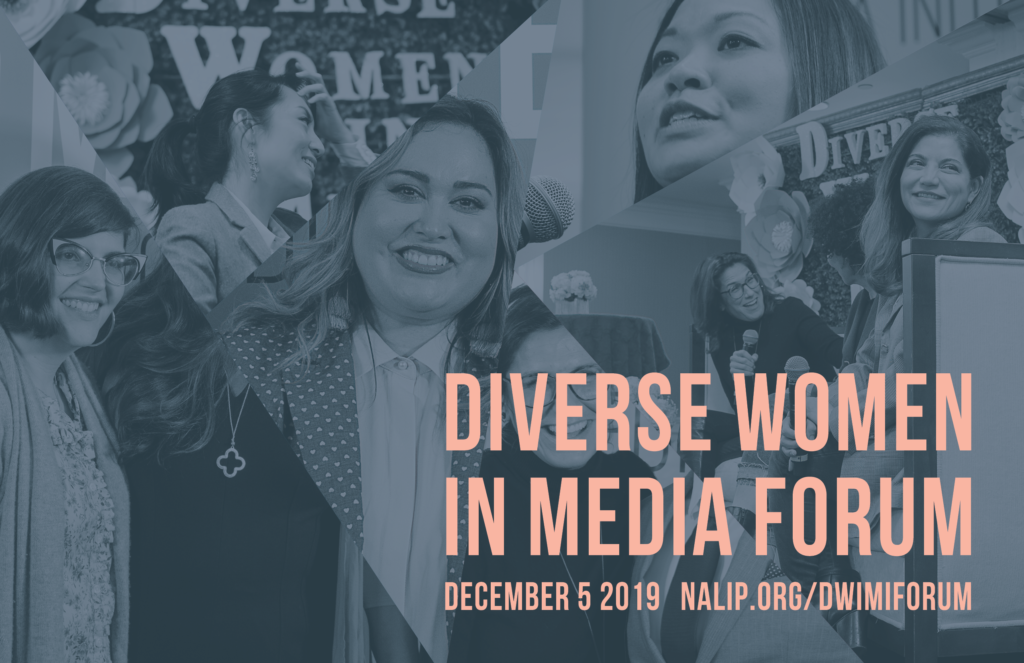 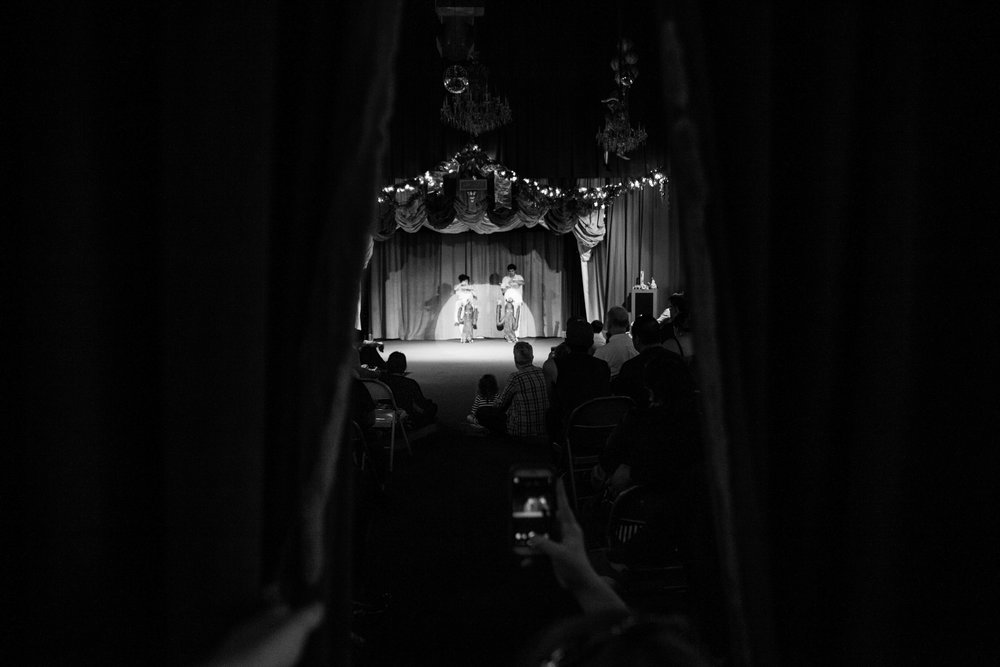 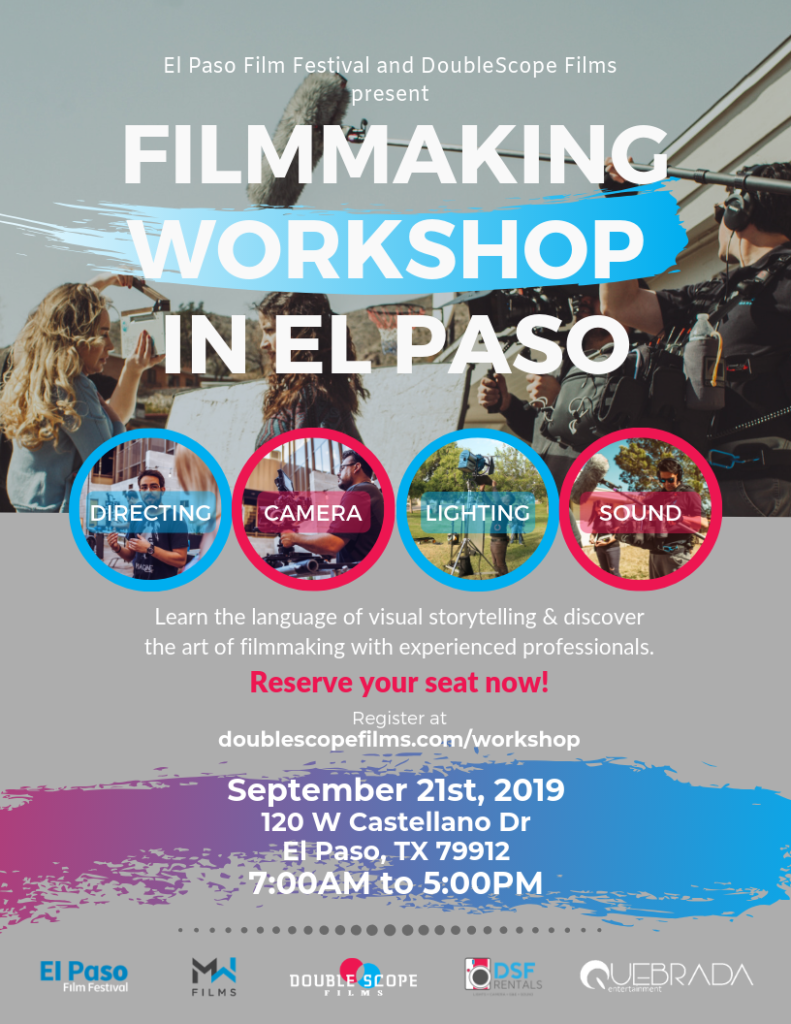 On September 21st, Quebrada provided six scholarships to young filmmakers for a one day intensive class in El Paso, Texas. The…

Quebrada offers young writers mentorship and support from our experienced team of developers, as well as outside industry professionals through summer fellowships programs. Past Fellowships.

Fellowships are currently on hold due to the COVID-19 pandemic. Please revisit this site for future updates.